This book presents an influential and extraordinary teaching of the Kagyu tradition of Tibetan Buddhism known as the Single Intention by the master Drigung Jikten Sumgon (1143-1217), along with its chief commentaries, principally the Light of the Sun by Rikzin Chokyi Drakpa (1595-1659).
Early in the history of the Kagyu school, the teachings of Jikten Sumgon were condensed into 150 core formulations of philosophical wisdom called vajra statements. These pithy, revelatory statements comprise the Single Intention (dgongs gcig), which presents the thought of the Buddha and the nature of the “ineffable” (brjod du med pa) in concise and direct expression. Ineffable mahamudra is the essence of all vajra statements and the stuff that holds them all together.

The definitive presentation of one of the most unique and compelling works of classical Tibetan literature that weaves the thread of mahāmudrā through the entire fabric of Buddhism.

“The teaching of the Single Intention, or Dgongs gcig, of the renowned founder of the Drigung Kagyü order, Jikten Sumgön, was among the most original and, to some, controversial Tibetan innovations in the history of Buddhist thought. A clear and authoritative presentation of it has long been needed. Jan-Ulrich Sobisch, in The Buddha’s Single Intention, now admirably presents the key texts in lucid translation with copious annotation and commentary. An essential contribution to Tibetan Buddhist studies and to the history of the Kagyü and Mahāmudrā traditions in particular.”
— Matthew T. Kapstein, professor emeritus, École Pratique des Hautes Études, Paris 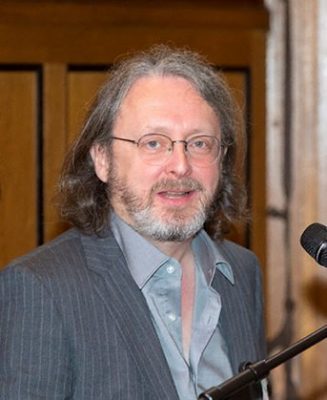 studied Tibetology as main subject at Hamburg University (1985-1992, Prof. Seyfort Ruegg), and the minor subjects Classical Indology (1986-1992, Profs. Schmithausen and Wezler), and Philosophy (1990-1992, Prof. Schnädelbach). During his dissertation (Prof. David Jackson), he worked on a genre of Tibetan literature that debates theories of simultaneously practising without conflicts and within a single mental continuum the ethics and vows of sravakas, bodhisattvas and mantra adepts. During these years (1994-1999) he also worked half time in the Nepal-German Manuscript Preservation Project for Prof. Wezler. While working for the project, he discovered among microfilms made available to us the 30 volumes of the complete works of A mes zhabs (1597-1659), one of the most prolific Tibetan writers on history and mantra.
Further information about the author